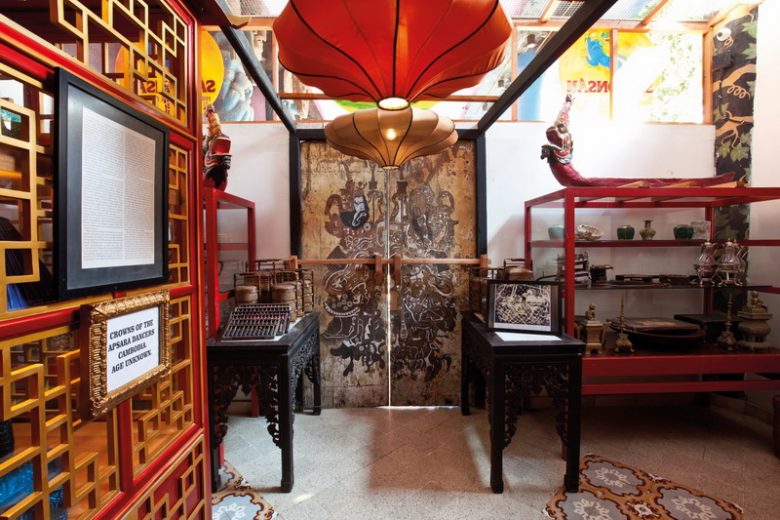 The recently opened thematic restaurant located in the heart of Malang city; SaigonSan is an embodiment of the Indochina spirit, including that of Thailand, Vietnam, Laos, Burma and Cambodia.  SaigonSan includes the majestic Royal Angkor Room;, a dining venue modeled after the atmospheric ruins in the UNESCO protected Angkor Wat complex, commemorating Jayavarman II, a stylish dining lounge decored with Indochine night market as inspiration, four thematic private dining room, and an intimate museumof Cambodian artefacts – as an ode to Henri Parmentier’, a well-known French archaeologist whose help for the Cham tribe deserves to be comemorated. In both SaigonSan and Royal Angkor, guests can marvel at the many historical objects featured in SaigonSan. 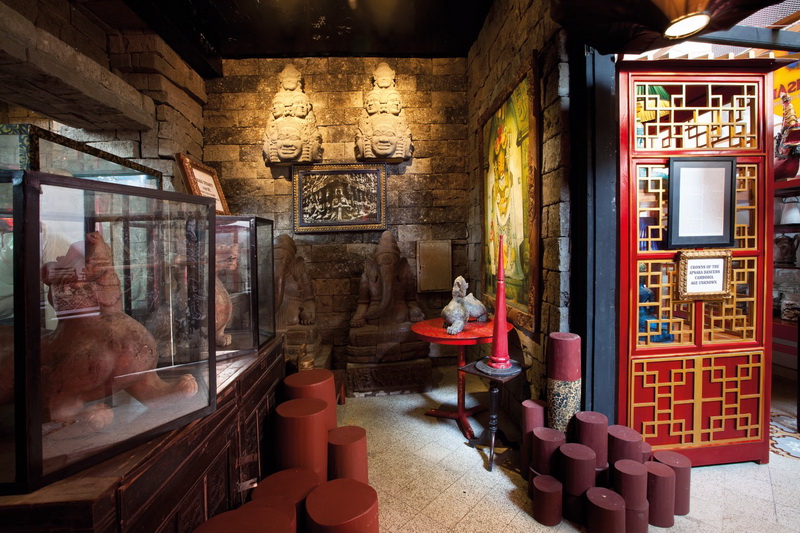 Henri Parmentier room 1919, the intimate musuem’s offical name, is nestled in the corner of the Royal Angkor dining room. Henri Parmentier is French archaeologist, and also a well-known senior historian who helped save the Cham’s tribe artefacts. Parmentier decided to join archaeologist Henri Dufour and photographer Charles Carpeaux in an archaeological mission in 1900 in Indochina to design, describe, publish, and preserve Cham monuments in Vietnam; a Buddhist temple complex Đồng Dương (1902). Parmentier also studied the architecture of Java to compare it with the Cham architectural style. In 1904, Parmentier became the head of the École française d’Extrême-Orient department of Archeology and during his tenure, Parmentier remained active in preserving the Cham artifacts. 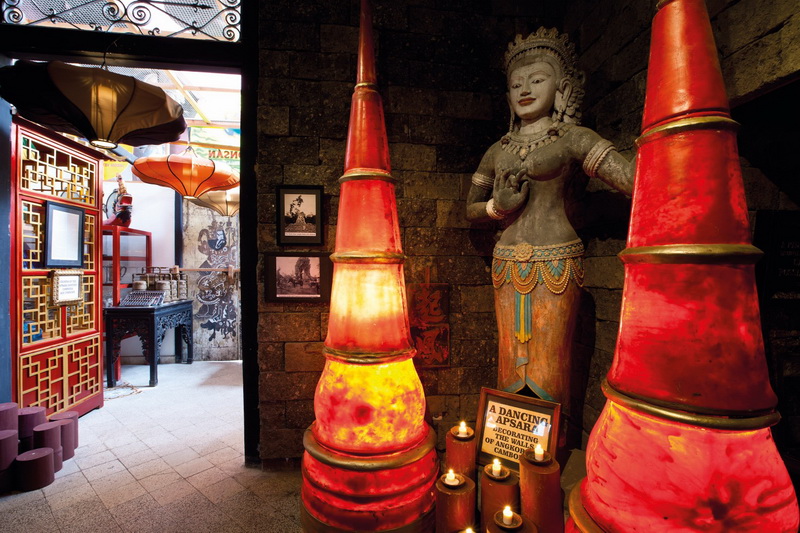 Inspired by the deed and dedication of Parmentier in protecting and preserving Cham tribal artifacts, the Henri Parmentier 1919 room was assembled to display a collection of Indochina antiquities as a reminiscence of the forgotten history. Guests can view the many art objects displayed in the room during their visit at Saigonsan restaurant or while waiting for food to be served. 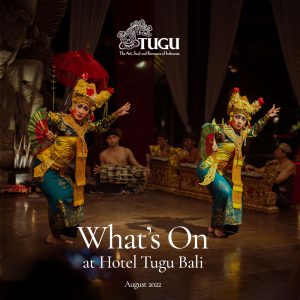 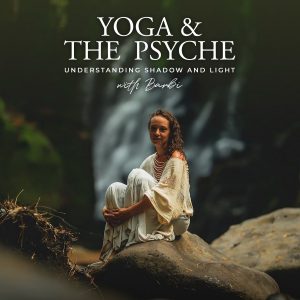 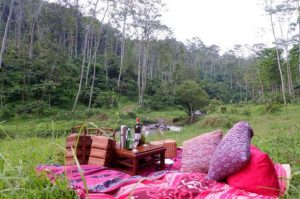