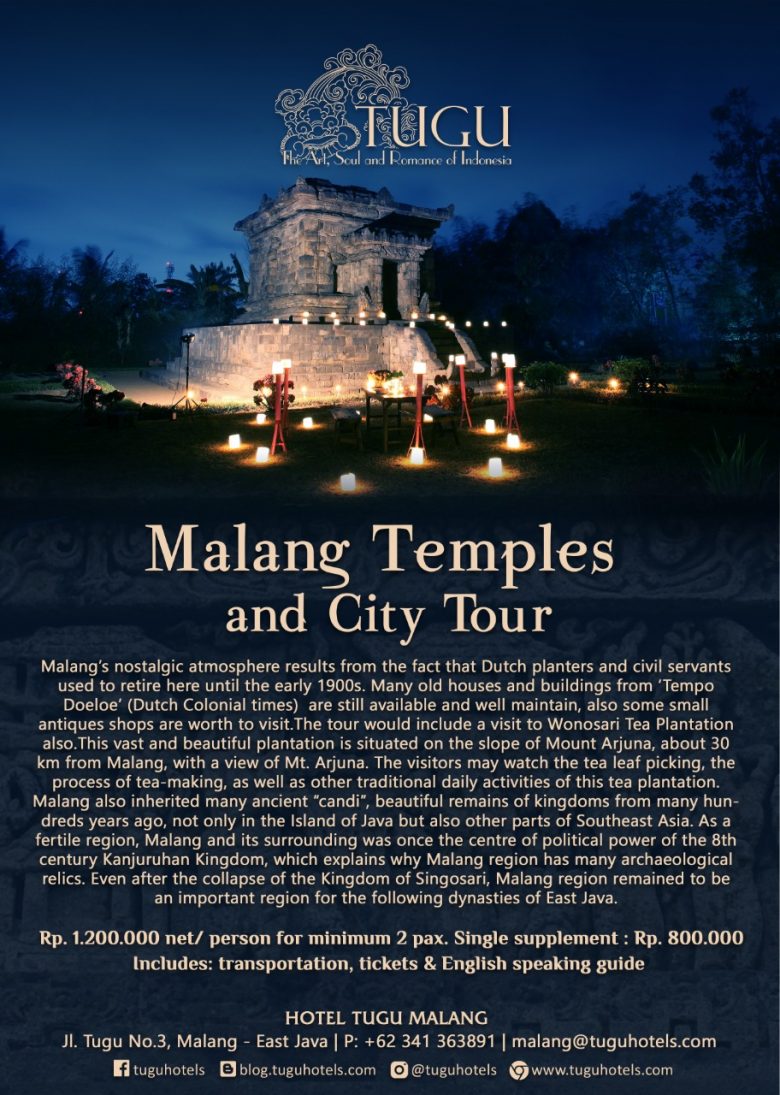 Malang’s nostalgic atmosphere results from the fact that Dutch planters and civil Malang used to be a retirement city, until the early 1900s. Many old houses and buildings from ‘Tempo Doeloe’ (Dutch Colonial times) are still available and well maintain. Being a city of preserving memories, small antiques shops awaits filled with trinkets and worth visiting for a treasure hunt, an activity to do in Malang.

The tour would also include a visit to our tea plantation at Wonosari, a vast and beautiful plantation is situated on the slope of Mount Arjuna, about 30 km from Malang. Visitors may watch the tea leaf picking, the process of tea-making, as well as other traditional daily activities related to producing high quality tea.

As a fertile region, Malang and its surrounding was once the centre of political power of the 8th century Kanjuruhan Kingdom. Even after the collapse of the Kingdom of Singosari, Malang region remained to be an important region for the following dynasties of East Java. This explains how Malang inherits many ancient “candis” and archaelogical relics, beautiful remains of kingdoms from hundreds years ago, not only of the Island of Java but also other parts of Southeast Asia. 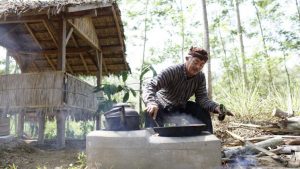 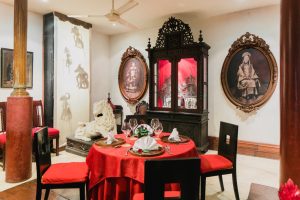 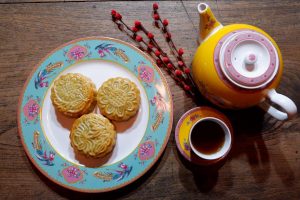